INGAME NAME: Volante
AGE: 15
COUNTRY: Ukraine
TIMEZONE: +2
ARE YOU INTERESTED IN JOINING OUR CLAN BATTLES?: of course
HOW DID HEAR ABOUT US?: Played on Nditions_Duel_Server

TELL MORE ABOUT YOURSELF: I'm Volante.I started play warband from 1.113 patch at the cracked warband.First my clan was VS, but after 1 month i leave it because there was not training and not much people, 2 days i played alone, and then i joned BS clan, in that clan i bought an original warband and start to play it.After 2 month i leave BS because some of them cant play seriosly (Poll to ban me on servers and teamkill)

P.S I'm one of the best duelers at the cracked warband

Too little information, but I won't thumbs down just on that basis. It's a

Trollin' the world's forums since 1996 thanks for your APP. I haven´t seen you on Ndition Server until now, but I guess our other members did.

I guess people like Minutus or Willow, can say about me because they saw me on Willow's server(Melee_Duels_Royale)

I prefer to play infantry, but i can play archer

Hey Volly, I was surprised to see your application here

Anyway, big thumbs up from me, the guy really is as good as he says he is! 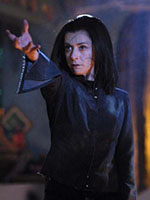 If Willow supports you, you have my total support

Met him today on nditions, and he's a really good fighter. He also seems to have clan experience from before, so that's a plus too.
I support this.

Guys, i'm sorry but i can't join your because i have some problems, but i think i future i'll join you,Good Luck.

Volante wrote:Guys, i'm sorry but i can't join your because i have some problems, but i think i future i'll join you,Good Luck.

Well, Thats kinda weird, write a application to join, and then refuse it when we support him!? 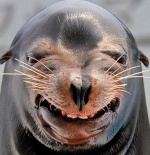 hmm, maybe he had send aplications to more then one clan, and decided to join another

Damn! I was just about to give a biiiiig thumbs up.

Trollin' the world's forums since 1996

Weird action, to apply and remove it 2 hours later

Didin´t you know about "your problems" before?